The Wild Geese Press is delighted to join with the Irish Literary Society to start its 2019-20 season with a showcase of second-generation Irish writers in Britain. Not quite British, not quite Irish, through their essays, fiction and poetry about music, family, and history these distinguished writers explore questions of identity and belonging and ask the perennial question: where is home – here or Ireland?

When questions of authenticity arise, the slur “plastic Paddy” cannot be far behind and this shameful epithet is referenced in several of the essays here. Moy McRory’s excellent Memory and Authenticity states that the term was “in part given spurs…by the new influx of educated and highly-skilled Irish who encountered the seismic shock of how openly hostile they found their new neighbours on relocation to Britain. When we were lumped in together as ‘English’ we were made invisible. In this way, a group who had been barely perceived and described were being excluded and silenced”. Martina Evans review in The Irish Times

The event also launches the volume I Wouldn’t Start from Here from the new publishing house The Wild Geese Press set up to publish on the Irish diasporic experience. The writers gathered in the volume hold up a mirror to the diverse and complicated experience of the Irish in Britain.

Duhig’s The Road reflects on his upbringing in London and of family talk of ‘home’ of Irish pub and music culture of North London ‘…near where my father worked in Cricklewood, was the Galtymore pub/club complex, a great barn of a place where Sligo flute player Roger Sherlock had been a regular performer in a semi-professional house band. Even so, Nuala O’Connor’s Bringing It All Back Home reports him saying, “It still wasn’t enough to make a living out of, nothing like it.” He also worked “six days a week with pick and shovel . . . mostly roads, you know, which was hard work.” Near the Galtymore, the Crown was effectively a labour exchange for Irish construction workers where cheques could be cashed on pay nights.’

The event includes the editors and contributors to the collection and features the poet Ian Duhig. The moving and insightful essay Ian contributed to the volume was also featured in the Irish Times recently to great acclaim. A book sale and signing will follow the event.

Before the launch event on 30 September Vince Burke recorded interviews with the panel and the ILS Chairman, James Lazar, you can listen below: 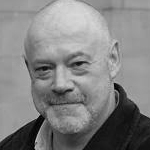 Ian Duhig became a full time writer after working with homeless people for fifteen years and having being made redundant. He has published since then, among other things, seven books of poetry, most recently The Blind Roadmaker (Picador, 2016) which was shortlisted for the TS Elliot and Forward prizes. He works with musicians, artists and socially excluded groups, recently editing Any Change: Poetry in a Hostile Environment (2018), a small poetry anthology from Leeds immigrant communities chosen as a Poetry School Book of the Year. Duhig has won the Forward Best Poem Prize once and the National Poetry Competition twice. Follow Ian on twitter: @ianduhig 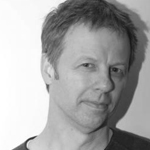 Ray French is the author of The Red Jag & other stories and the novels All This Is Mine and Going Under (both Vintage). He is also the co-author of Four Feathers and the co-editor of with Kath Mckay of End Notes: Ten stories about loss, mourning and commemoration. His short stories have been broadcast on Radio 4 and appeared in numerous magazines and compilations, including Best European Fiction 2013. He teaches Creative Writing at the University of Hull. Some of his essays and podcasts can be found on the Royal Literary Fund website. Follow Ray on twitter @RayFrench15 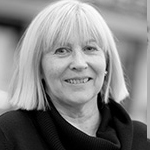 Moy McCrory is a writer and academic of Irish patronage who writes about identity and class. As a fiction writer she has had three collections of short stories and a novel published. Two of her books were serialised by the BBC and her work has been translated into 15 languages. Her short fiction is widely anthologised and she was included in the seminal Field Day Anthology of Irish Writing. She was shortlisted for the Dylan Thomas Award. She is a Hawthornden Fellow, a Senior Fellow of the HEA, has lectured in Bremen University, London University and is currently Senior Lecturer at the University of Derby and is a PhD examiner. 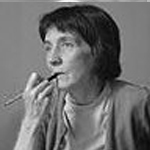